If you landed on this post, you may want to start with Storage Architecture Roundup (Part 1). 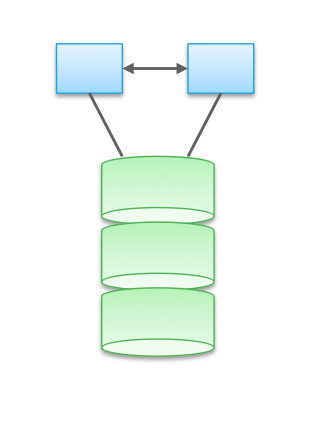 Architecturally, this is the most simple of the three types.

The Flow of write IOs through a scale up array goes generally like this: 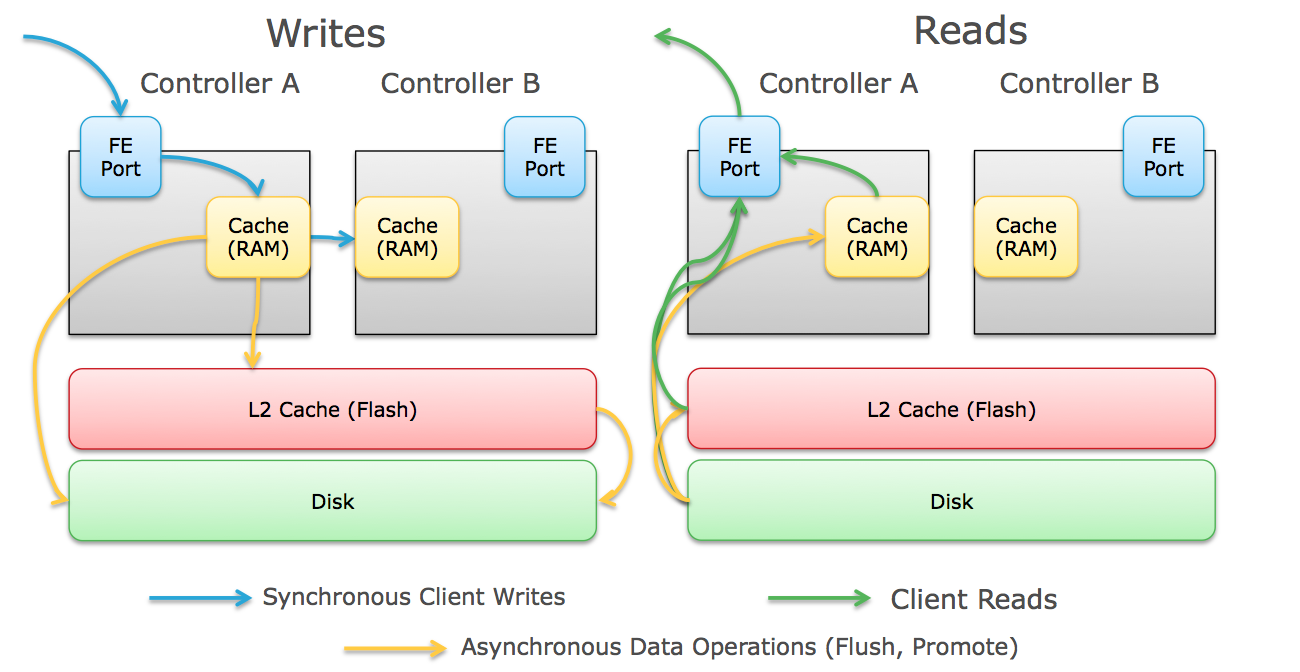 The flow of read IOs is less complicated:

Characteristics of Scale Up Arrays

*Why is the VNX listed under both? Well newer models can operate A/A on Traditional LUNs (Non-Pool LUNs), but currently Pool LUNs are A/P.

I figure I'd address this now. NetApp (both 7-mode and Clustered flavors) is clearly a Type 1 array architecture.  The name 'Clustered ONTAP' is actually a very good technical name- It allows for the clustering (or federation) of Multiple NetApp arrays. This technology unlocks some cool features like more seamless inter-array data migrations. That being said, any single NetApp Volume/LUNs is still owned by a single controller as part of a traditional Type 1 active/passive array. Failure domains and performance gates are the same whether your cluster has 1 or 8 NetApp systems as apart of it. This is why you will see NetApp absent in the Type 2a discussion next.