Type 2a: Scale Out Storage

Architecturally, this sounds like the most simple, but is by far the most complicated. The basic make-up varies much more with type 2a systems- it can be packaged as a complete storage array like Isilon, a software-only offering like VMware VSAN and EMC ScaleIO, or an all-in-one storage & compute offering like SimpliVity or Nutanix.

The Flow of write IOs through a scale out array can vary depending on the architecture, but generally goes like this: 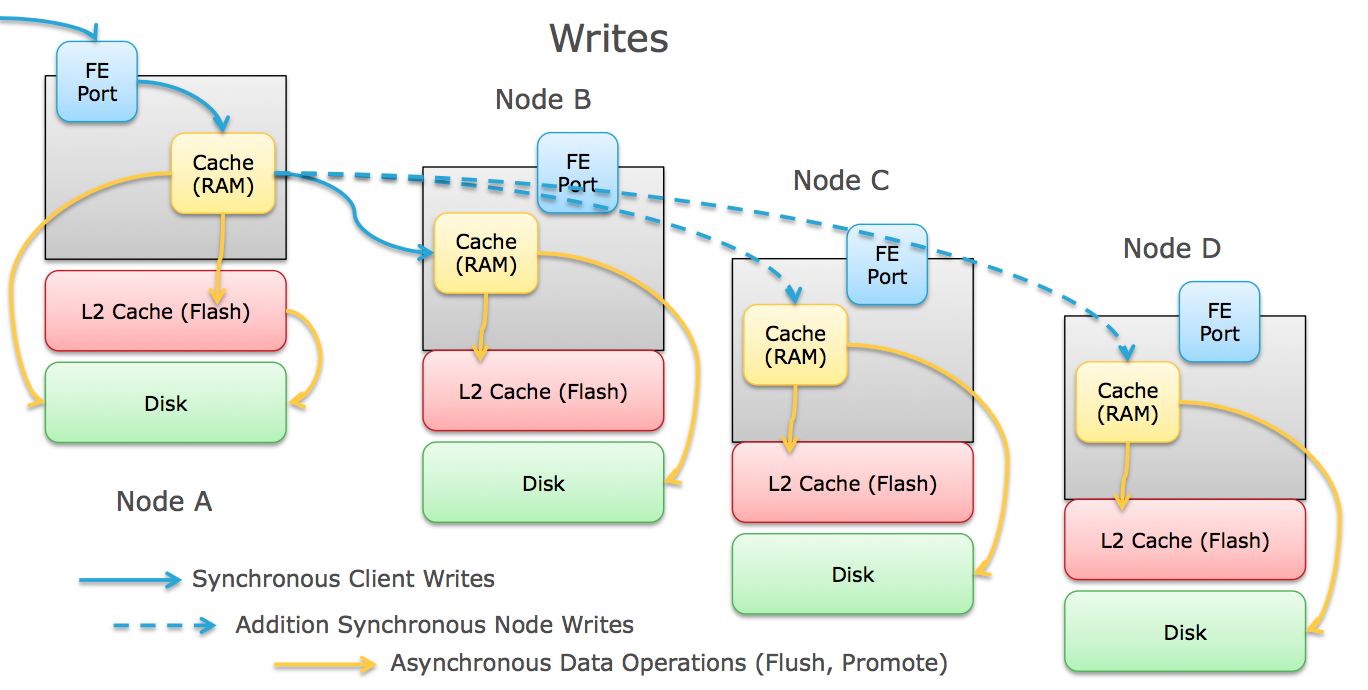 The flow of read IOs is less complicated: 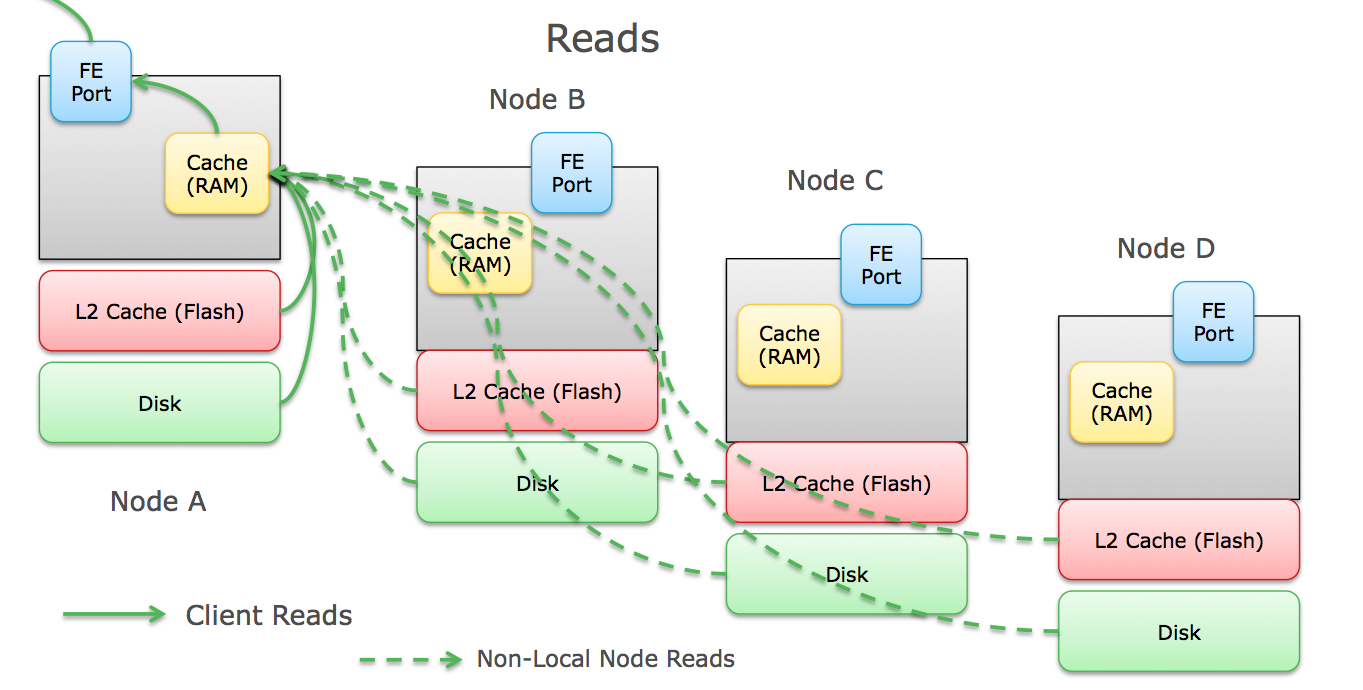 Characteristics of Scale Out Arrays

This is a common argument I'm hearing lately for these architectures, especially the software or all-in-one versions that run co-located on the same hardware as virtual machines.  While technically correct (DAS can be incredibly fast- look at performance numbers on PCIe Flash like XtremSF), these solutions aren't DAS. There is a layer of abstraction (the software architecture we're discussing above) that provides tons of value, but also adds latency. If you don't care about the protection of the data (Non-persistent VDI, data warehouses, etc.), running on DAS is a great idea- if you run directly on the storage (DAS!) without any of this in between. Mark Twomey goes more into detail on his blog.